In this video, Clay talks about work tapes and how you can create a demo quickly and efficiently.

Chapter 1: When do you demo a song?

Chapter 2: A tip for creating a quick worktape

Chapter 3: Adding the vocal to the tracks

Chapter 5: Creating dynamic on your worktape

Chapter 6: Creating a mood for your worktape

Chapter 10: Getting sounds for the verse

Chapter 1: When do you demo a song?

It’s really different for each case, but often at the end of the day when I’m done writing with an artist or another songwriter, I’ll pull out my iPhone and I’ll set it on the table in front of me and I’ll have my guitar and we’ll sing through the song and I’ll send that to my publisher and get his feedback on whether he would like to demo the song or not.

Other days, when I’m working with a track guy in the room, maybe by the end of that day he’s got a track going and we put down a vocal and we can have a pretty good little rough demo.

Chapter 2: A tip for creating a quick worktape

I was writing with an artist that was going to be out on the road and didn’t have time to come back to make a demo. So, I said, why don’t I just throw down a basic drum loop and block the chords, just whole notes, or half notes on the keyboard, then later I’ll go back and add some guitars and things around your voice?

She thought that was a great idea, so we started out with just a basic drum loop and programmed two bars. Now, you can use apple loops and just drag over a basic drum beat, but I wanted something that had the feel and the groove of the song, just enough to get her singing the right feel when she sang it.

So, I started out with a basic drum loop, nothing elaborate. Remember later, we’re going to go back and we’re going to change some of this stuff. I then added a keyboard and played block chords, nothing fancy. I just wanted to give a guide track for her vocal. That probably took me about 15 minutes to throw that together.

Then I asked her if she wanted to put her vocal on top of the drum track. But when she got on the microphone and started singing, she was like, you know, this feels slow to me. So, we popped it up to about 70 beats per minute and that felt good.

Now that’s the beauty of this. Imagine if I had recorded a whole guitar track and then we go, well, the tempo is too slow and then I had to record another guitar track at a different BPM. When it’s just the block chords and a drum loop, it’s all on the computer. I have the ability as she’s singing her vocal to kind of move the tempo around and find that sweet spot.

Chapter 3: Adding the vocal to the tracks

When we recorded her vocals, we focused on getting some really good vocal takes. We did this so that I have her voice singing the whole song, and now I have options if she goes out on the road.

Once I had the drum loop, basic piano chords, and the artists vocal, I can now sit here in my studio, and I start adding other instruments. I can add guitar parts, a bass part, I can add more keyboard parts. If I feel like I’m not quite cutting it by myself. I can send her vocal to a studio with live musicians and cut a whole band around her. In the end, it will sound like she sang to those tracks, because the musicians are going to build up the track and play their instruments underneath her vocal.

Chapter 5: Creating dynamic on your worktape

So now I have just a drum loop, a piano sound that I got from logic and her vocal. The first thing I did when I pulled up this track a few days later to work on it was, I wanted to create some dynamics just like in writing a song. Like when you have a verse and you want to create a lift to go into the chorus with your melody.

The first thing I noticed when I listened to the piano track was that it sounded exactly the same in the verse and the chorus. It was in the same register, both in the same octave. So, what I wanted to do is to create some dynamics.

I went in and I lowered the verse by an octave. So, we have the verse that’s an octave down, and then we lifted an octave back up in the chorus. That creates dynamics, just like with songwriting. Now that I’ve created some dynamics with the piano, by changing the octaves from the verse to the chorus, I wanted to fill out that piano sound and make it a little bigger.

Chapter 6: Creating a mood for your worktape

I wanted to create some atmosphere because it was kind of a moody song. I wanted to add a little bit of depth and atmosphere to the sound. So, I copied that piano track that I played and copied it to another track and assigned it as a package synthesizer sound.

So right away, it gives this big, spacious feeling and it adds a little more emotion to the sound.

After I did that, I thought about, how can I make this chorus even bigger? I want to create more dynamics. How about if I bring in some guitars on the chorus. So, I put down the electric guitar part, just playing big whole notes. Nothing fancy, just some big chords. I liked the way that sounded. And so, I was thinking, well, why don’t I double that and add an additional guitar part. I’ll pan one to the left side of the mix and I’ll pan one to the right side of the mix. Then I’ll have this big spread and that’ll bring in some energy and excitement to the chorus.

The next step I thought about adding something up high. Something like a jangle, some ear candy for that chorus. This way it lets the listener know, now we’re in the chorus. Again, nothing too fancy, but just a little ear candy up top so it adds a little excitement.

Now the last piece that I wanted to add to round out this chorus would be the bass part. So, I pulled up an old synthesizer. It was mostly just whole notes, in fact, you could even just draw that in if you’re not a bass player. I play on keyboard, but you could even just draw those notes in with your mouse. Nothing here is too complicated or fancy, it’s just having the knowledge of seeing how it’s all put together.

Chapter 10: Getting sounds for the verse

Now that I had a good map for my chorus, I wanted to go back and look at the verse. Basically in the verse, we had piano and we had the extra pad sound that was doubling the extra keyboard synthesizer sound that gave it that atmosphere, and we had the vocal. There was one thing I felt was missing. I thought those keyboard sounds, they’re just whole notes. I felt like a little more rhythm would be exciting. So, I found a keyboard part, a synthesizer sound that had a built-in kind of rhythm to it. So I got a delayed uh, uh, uh sound and it again created a little ear candy. If I didn’t add this, I felt like the verse was just sitting there with just the whole notes. Now, I didn’t have to play anything different once again, I just copied the same original piano and added the effect to the duplicated track.

The other thing I wanted to look at, that is very important, is an intro. This will again create some ear candy and create a motif, a little signature lick that people are going to remember. I felt like this was a moody kind of song and wanted to create a little bit of an R and B vibe.

It was a very simple lick and when you hear it mixed in with the mix, it kind of creates a little signature hook that people remember, and it catches their ear. So now, I’m going to use that in the intro of my song, I’m going to use it after the first chorus, before the second verse. (That’s what we call the turnaround.) And then I’m going to use it on the outro of the song after the last chorus. It just becomes another hook in the song.

I added a few more tricks and bells and whistles, like some symbols, some reverse snares, a string line, that was an arpeggiated string line. But overall, these basic elements I showed you where the basis for the entire demo. And you can see how we went from taking just a basic drum loop with a keyboard part and a vocal, to creating the dynamics of a whole demo. 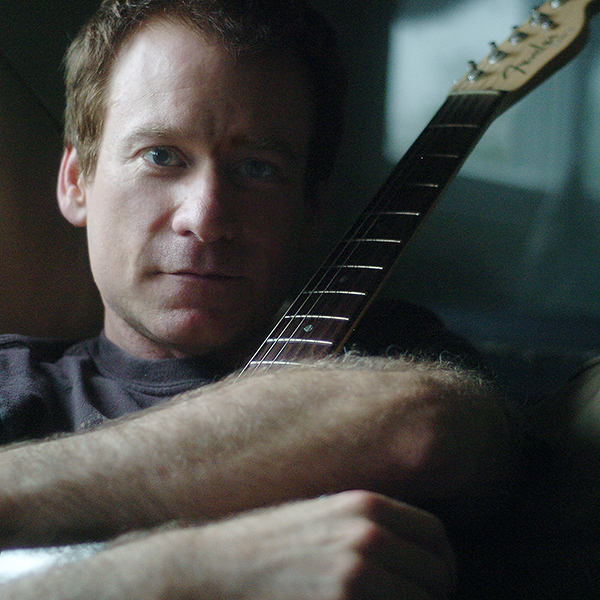 Songwriters: Do You really need that expensive song demo?